THE ART OF ENDURANCE 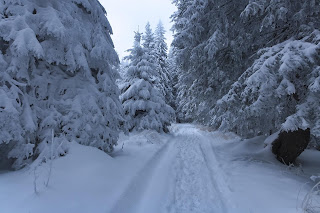 In athletics, there are events that measure success by the speed, strength, and ability. However, there are events, which are a matter of endurance, rather than pure skill or ability. In many of the strongman competitions, certain events not only require skill, but endurance. Not only must the competitor be able to lift or carry the weight, but also they have to do it for a sustained amount of time. Thus, their ability to lift or carry becomes secondary to being able to endure the weight. The same applies to the Christian today.

We learn the scriptures and spiritual truth, but many do not know how to endure hardships and challenges. We gain skill, knowledge, and understanding, but in the time of testing do not last. Every Christian has to learn The Art of Endurance as they grow in God’s grace and knowledge. Without endurance, the Christian can possess spiritual insight and knowledge, but cannot last long enough to see the fruits of it flourish in life. There are six aspects to the Art of Endurance. The Christian, who understands these, will be successful in their walk with Christ.

1) Endurance is a prerequisite to eternal salvation. Jesus stated that the one, who endures to the end, shall be saved. He did not say the one who did more or knew more. Thus, one major aspect of endurance is that it guarantees entrance into eternal life.

5) Endurance brings the believer closer to perfection in Christ. Endurance causes an individual to look past hurts, disappointments, and ungodly desires. Thus, bring a greater level of purity, morality, and holiness in Christian living.

6) Endurance is a guarantee of success in spiritual warfare. Endurance causes believers to outlast every attack of the enemy. One of his tactics is to cause believers to let down their guards and allow him to dominate their lives. But, if the Christian endures, the warfare of the enemy will not accomplish what it is sent to do.

Yes. Life does bring problems, both great and small. Sometimes, hardships and trials can last for years and it seems as if there will be no end. However, remember the Art of Endurance. It will be worth it in the end. Remember, our walk with Christ has promise in this life and in the life that is to come.

at August 12, 2021
Email ThisBlogThis!Share to TwitterShare to FacebookShare to Pinterest